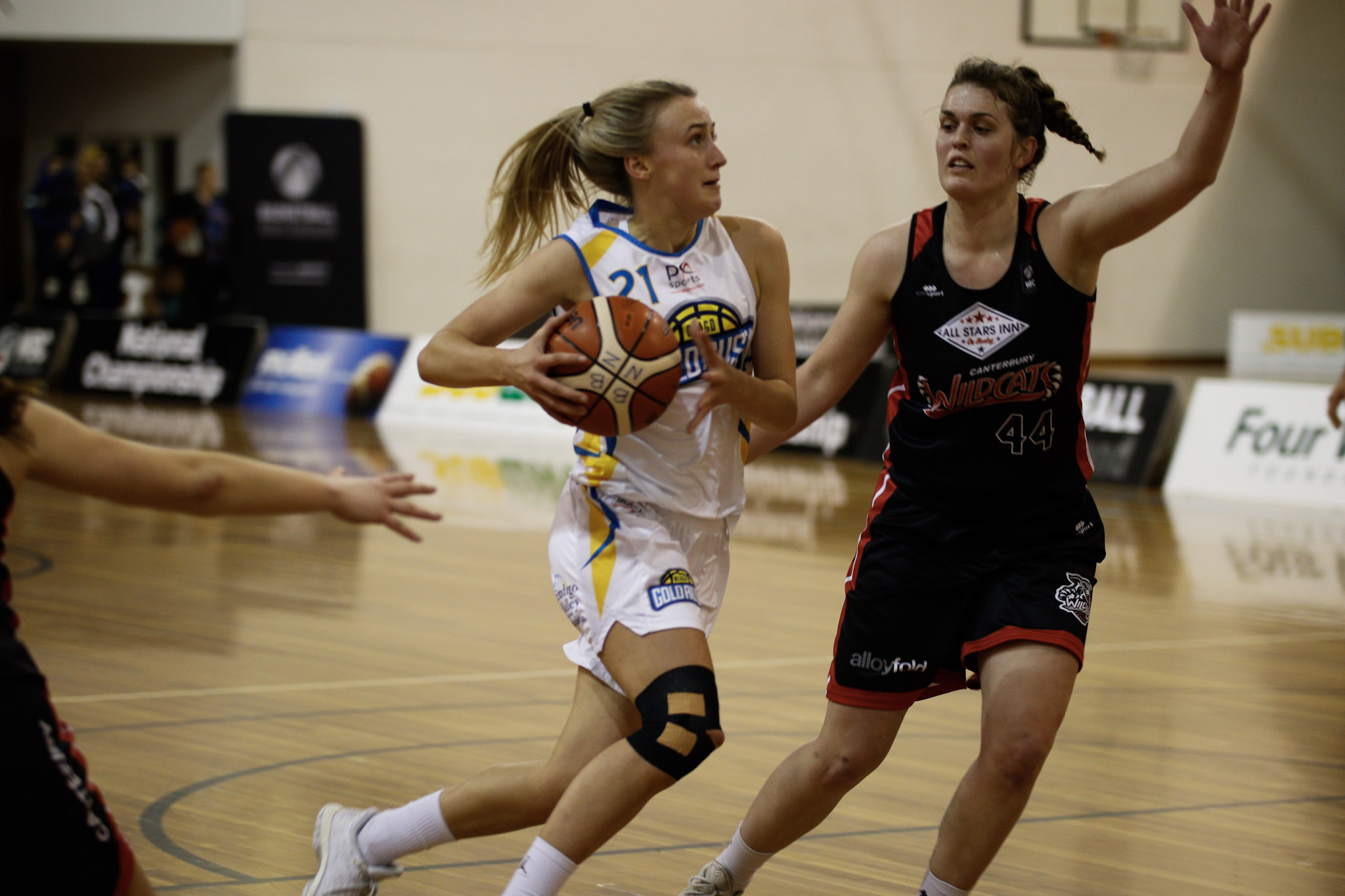 Otago turned a three point deficit into a one point win in just 14 incredible seconds to secure a place in the semifinals of the Women’s Basketball Championships.

But Canterbury looked like it was going to prevail after it took the lead late in the game and nursed a three point buffer with time running out at the Edgar Centre.

The home side produced a couple of clutch baskets to steal the win.

Canterbury briefly reclaimed the lead again when Darcy Rose knocked down the second of her attempts from the free throw line.

But United States import Dana Goularte nailed a jump shot to put the Gold Rush in front 67-66 with four seconds left to seal the win.

Goularte’s match-winner capped off a brilliant game for the forward. She led all scorers with 29 points and grabbed nine rebounds in a powerhouse performance.

Zoe Richards was quality as well with 15 points, and Ruske’s three-pointer with 13 seconds left was just magic.

Earlier in the day, the Gold Rush outclassed Tauranga to win 89-54.

Most of the damage was done in a devastating opening 10 minutes in which Otago outscored its opponent 30-5.

Danielle Frost (13 points) and Goularte (14 points) got to the hoop way too easily.

Ruske top scored with 16 points, and the Richards twins, Zoe and Brittany, scored 14 and 10 points respectively.

Coach Todd Marshall was thrilled with his side’s start and had the luxury of spreading the minutes evenly.

Otago’s next assignment is against Auckland at 12.30pm today. Auckland won both its section A games as well, beating Canterbury 48-43 and Tauranga 67-55.

Whatever the result, both sides are through to the semifinals, although the winner gets a slightly easier semifinal opponent.

In the second tier tournament, North Canterbury and Nelson won both their matches against Northland and Rotorua.