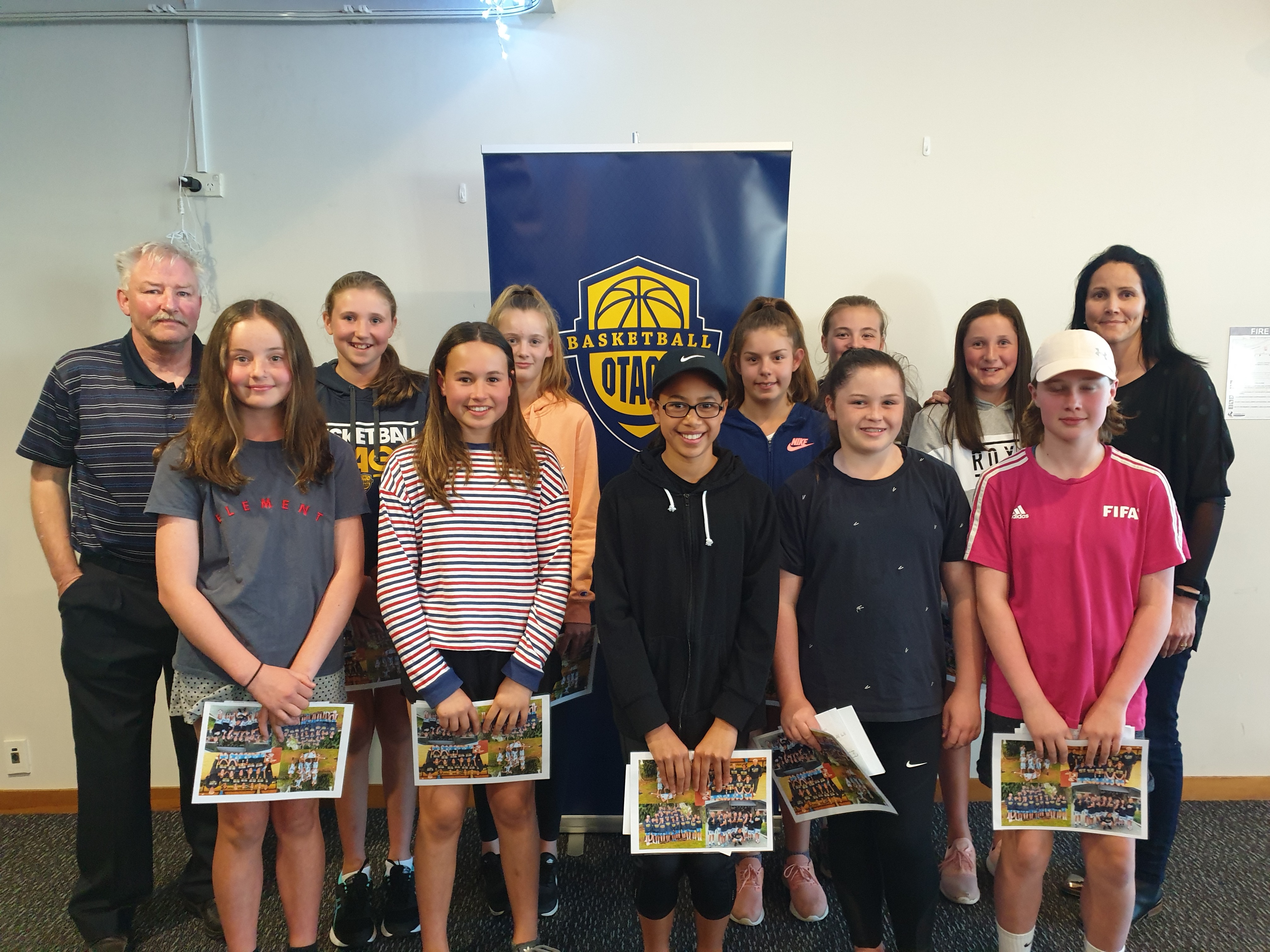 Basketball Otago celebrated a successful 2019 Under 13 Representative Season on the 7th of November in the Harbour View Lounge at the Edgar Centre.

A special thanks to the Prizegiving committee members and supporters Jan Shriffer, Rochelle Wilson, Greg Brockbank, Justin Ludlow, and Stephen Gibson for their efforts.  A huge thank you to Georgia TeAu for the photos. Thank you to the Edgar Centre staff for the venue, setup and catering.

A special thanks to Otago Gold Rush Player, former Otago Representative Player, and 2019 Women’s Club MVP, Georgia TeAu who shared some of her experiences and insight into basketball with a wee Q&A sessions.

A list of the players and staff of all teams can be found here.  MVP trophies, a list of awards winners, and the 1958 NZ Tall Ferns Team of the Year plaque and team photo can be found on display outside the BBO office on the east wall of the hall way to the arena.

Award winners are listed below.

Madi has volunteered countless hours for Basketball Otago.  Most recently she has provided bench and referee duties, coached for the Digger’s Development Programme and at Basketball Holiday Camps.  Madi managed to fit all of this in, while playing for the Under 17 Otago Representative team, as well as her other sporting commitments regionally and at Columba College.