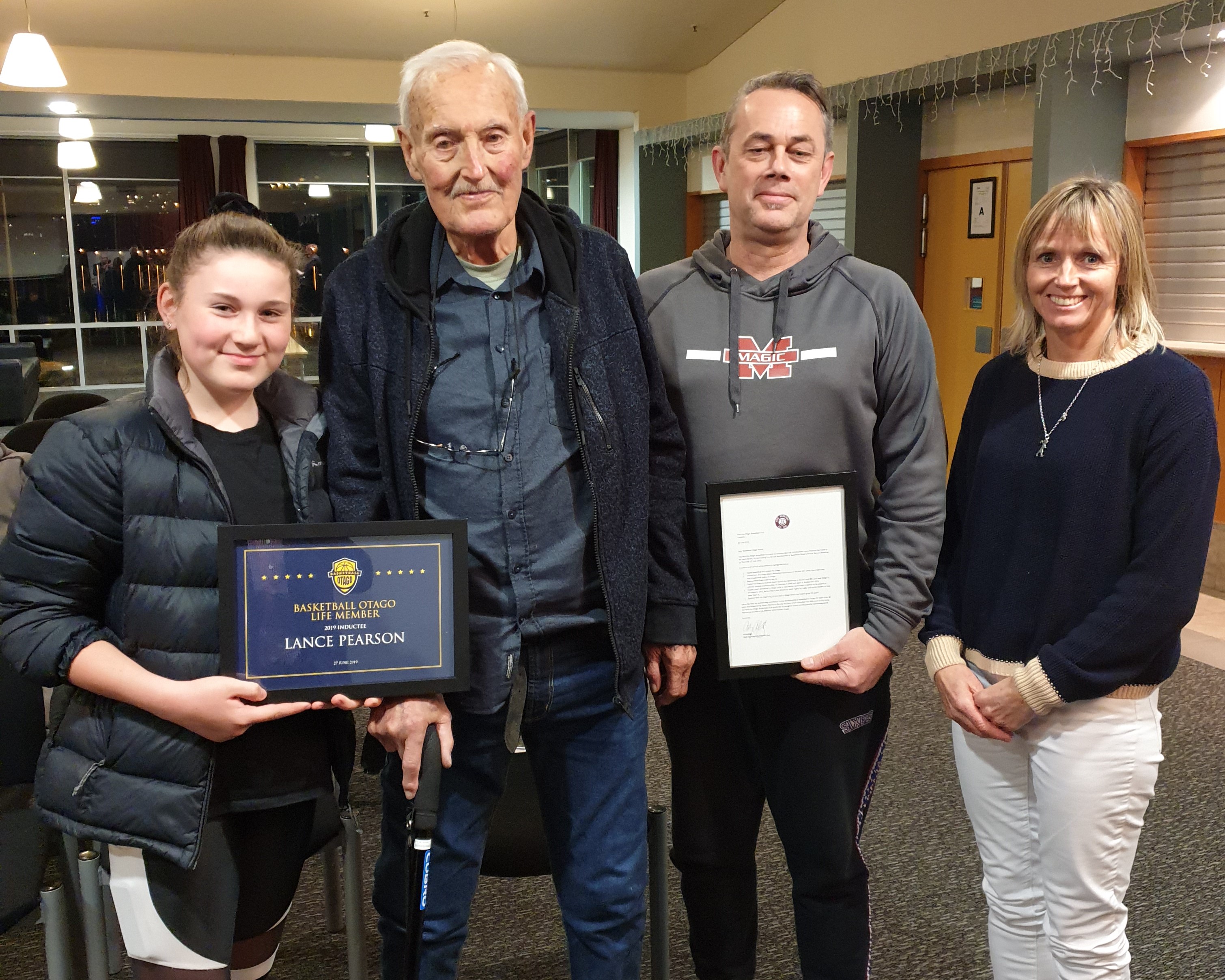 It is with great pleasure that at tonight’s Basketball Otago AGM, Mr Lance Pearson was awarded Life Membership to our organisation after being nominated by the Mid-City Magic Basketball Club.

Lance’s contributions to basketball in our region have been many and are summarised below:

Lance has been an outstanding contributor to the development of basketball in Otago for more than thirty years, and helped bring Steven Adams to the city in 2018 which attracted over 400 youth to his camp.

We were honored to recognise these contributions tonight with Lance and his family and congratulate him on his life membership.