Gold Rush up to fourth-equal 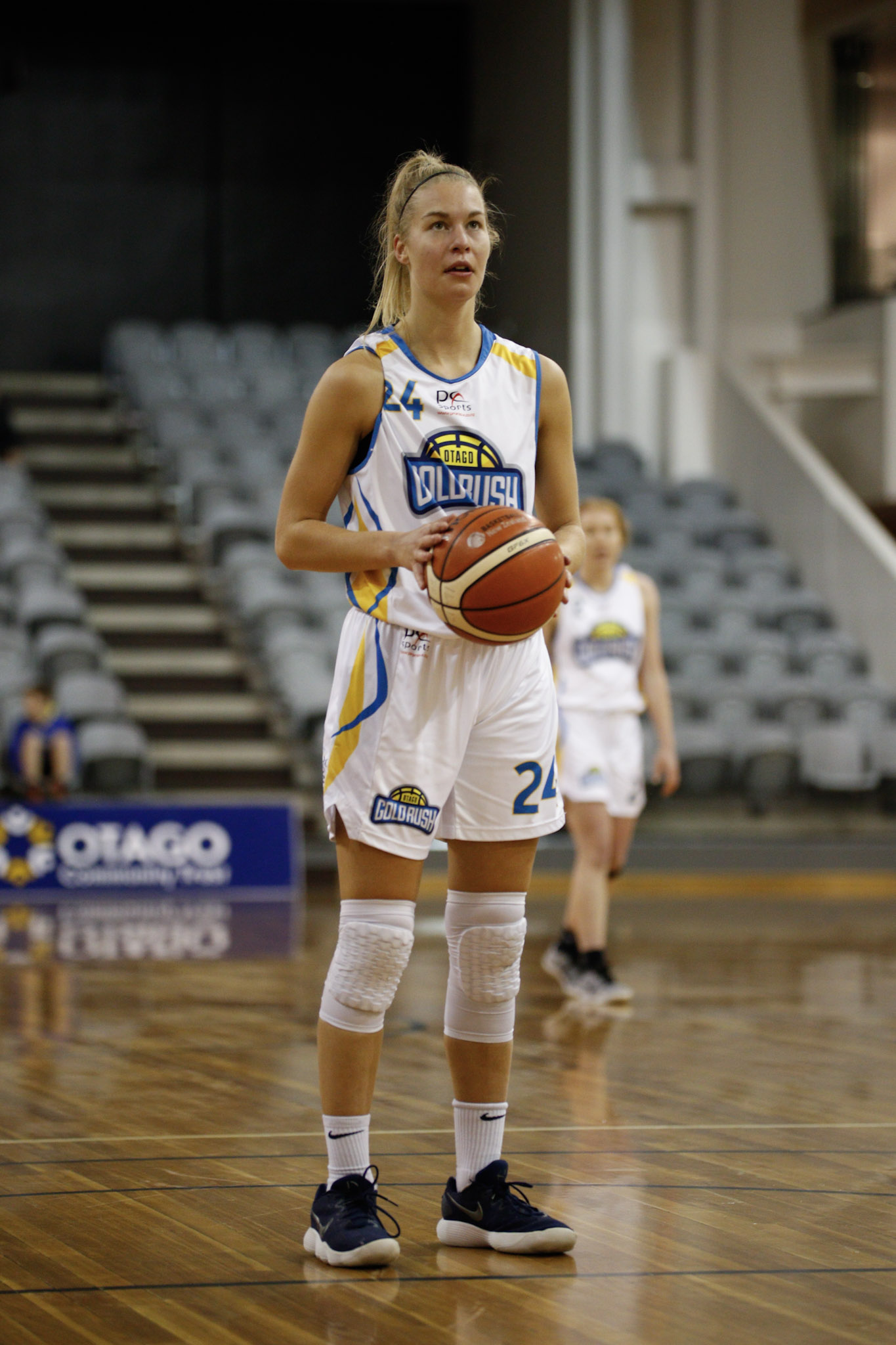 A second win in as many days has pulled the Otago Gold Rush back into playoff contention.

The side backed up Friday’s big win over Taranaki with a 58-51 win over the Waikato Wizards in a women’s basketball championship match in Hamilton on Saturday night.

A big third quarter proved key as Waikato — without Charlisse and Krystal Leger-Walker — struggled to score when the Gold Rush switched to a zone defence.

One three-pointer was all the host managed in that quarter, as Otago turned a five-point halftime deficit into a five-point lead.

Forwards Natalie Smith and Zoe Richards were influential for the Gold Rush, delivering 15 and 17 points respectively and grabbing 11 and eight rebounds.

Waikato had jumped out to an early lead, although Smith scored Otago’s first seven points to stay in touch.

The Wizards led 20-14 at the first break, a margin which became nine when a Jayzelee Waihi (12 points) step-back three bounced in.

However, the Gold Rush did not let Waikato pull away.

It increased its aggression and found its flow on offence to look more comfortable and capable of scoring.

Having a genuine scorer in Richards was key to that, while her twin sister Brittany also showed her threat from deep.

She hit two quick three-pointers in the second quarter, while Smith continued to chip in and helped the gap close to 38-33 at halftime.

A switch to a zone proved a winner after the break for the Gold Rush.

Waikato looked to attack it off the dribble, but was unable to get a clean look at the hoop from inside.

That forced it into settling for three-pointers on 10 of its 19 shots, and it hit just one.

At the other end, Zoe Richards scored the first seven points of the quarter, to put the Gold Rush up 40-38.

Hirawani hit back, but Smith and Natalie Visger helped the Gold Rush take a 46-41 lead to the final break.

Hannah Matehaere made that lead seven early in the fourth, before Waikato began to hit back.

It narrowed the score to 50-48 on an Alyssa Hirawani (16 points) three-pointer, but Gold Rush guard Nicole Ruske responded straight away with one from deep herself.

The win leaves the Gold Rush tied with Waikato for fourth, on three wins.

It has three games remaining — all at home — and will probably need at least one win to make the top four.