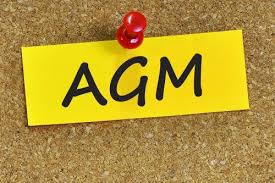 Notice is hereby given that the Annual General Meeting of Basketball Otago Incorporated will be held on Thursday 27 June 2019 at 6.00pm in the House of Travel Lounge, Edgar Sports Centre, Portsmouth Drive, Dunedin.

Any member may submit a notice of motion to be considered at the general meeting. These notices must be in writing, signed and forwarded to Basketball Otago, PO Box 2299 Dunedin or emailed to gm@otago.basketball by no later than Thursday 6 June 2019.