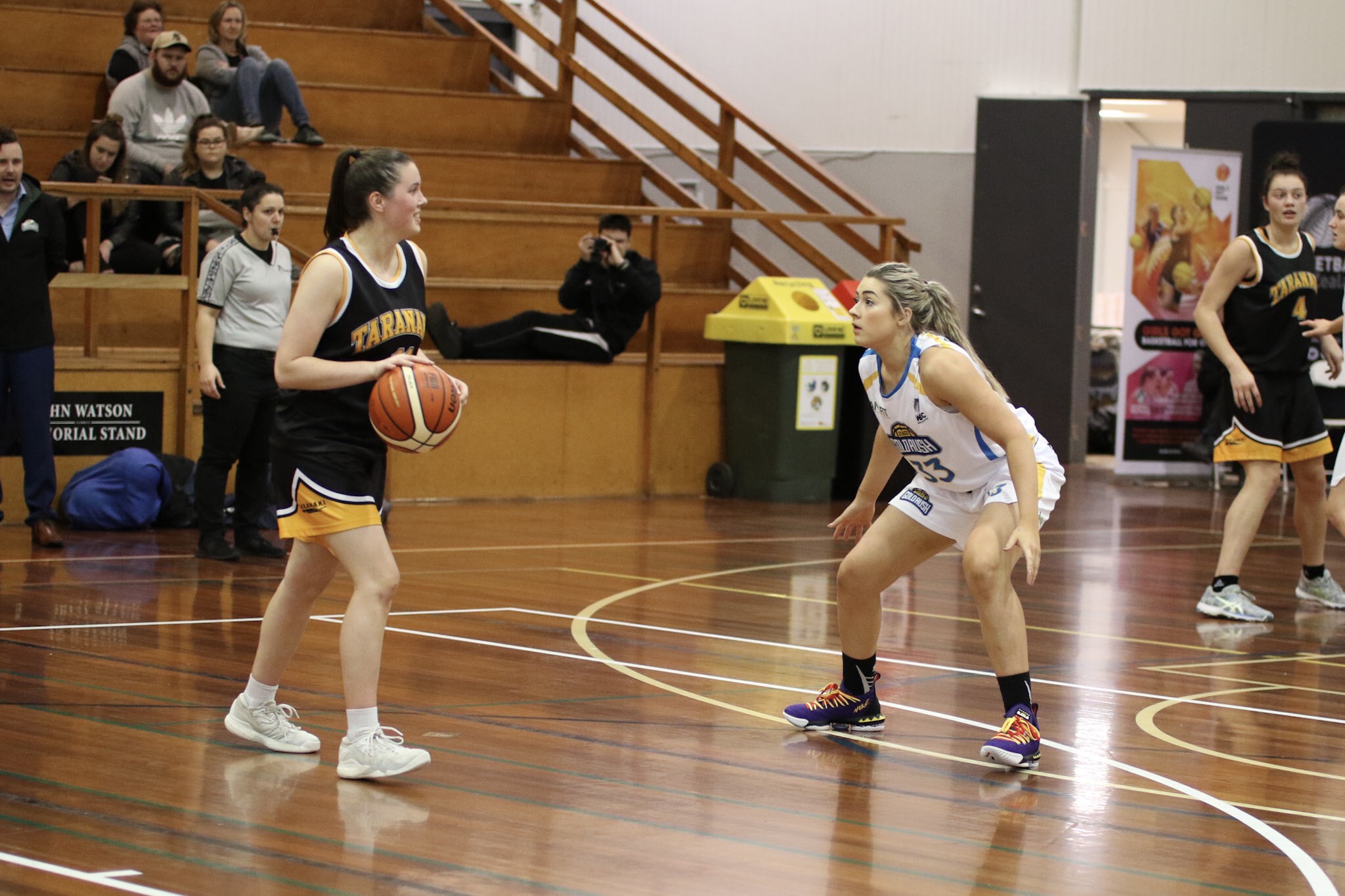 Titles are not won at opening weekend.

That will be key for the Otago Gold Rush to remember, although there is plenty of work to do.

It leaves the Gold Rush with the same record it had at the same stage last year, after which it went on to win the championship.

However, doing that again could be a big ask.

Saturday’s 64-43 win over the Taranaki Thunder provided the bright spot.

Bronwyn Kjestrup led the way with 18 points, nine rebounds, three assists and six steals, as the Gold Rush won every quarter in a convincing win.

But the class of the two Tall Fern-laden Auckland sides was far too much to handle.

After Friday’s 62-25 drubbing from the Auckland Dream, it was beaten 85-47 by the Harbour Breeze yesterday.

The second quarter was key in both losses, struggling to score while leaking 23 and 22 points in each.

Nicole Ruske managed 13 points yesterday, the only scorer to reach double-figures in the two losses.

Gold Rush coach Greg Brockbank acknowledged it was a “tough weekend” although he felt the team improved throughout.

He said both Auckland and Harbour put out classy line-ups that had been tough to handle.

Dealing with the pressure they applied would be the big work-on going forward.

“It’s not the pressure of the moment, it’s the ball pressure.

“There’s girls that are really big, long and strong, and they move really well.

“They’re just smart, there’s always denial and ball pressure, there’s girls that just will not relent on the ball.

“It’s something we’re not used to in Dunedin.

“I’ve talked about lifting the mentality of our club league so we can get like that and it becomes more normal for us.

“Then when we come and face it at these tournaments, we’re better equipped for it.”

While there were other areas where the team struggled, he said those came in patches and the majority of issues stemmed from the pressure.

It struggled to create good shots, which left it with a low shooting percentage.

It also led to turnovers, yesterday’s main problem, which gave the opposition easier looks at the other end.

Despite that, he felt there was plenty of room to grow.

The side was a young one and had key players to return in Dayna Turnbull, and twins Zoe and Brittany Richards.

Likewise, getting to know its systems better would help negate the pressure.

Auckland and Harbour both emerged as competition front-runners, and Canterbury also performed strongly.