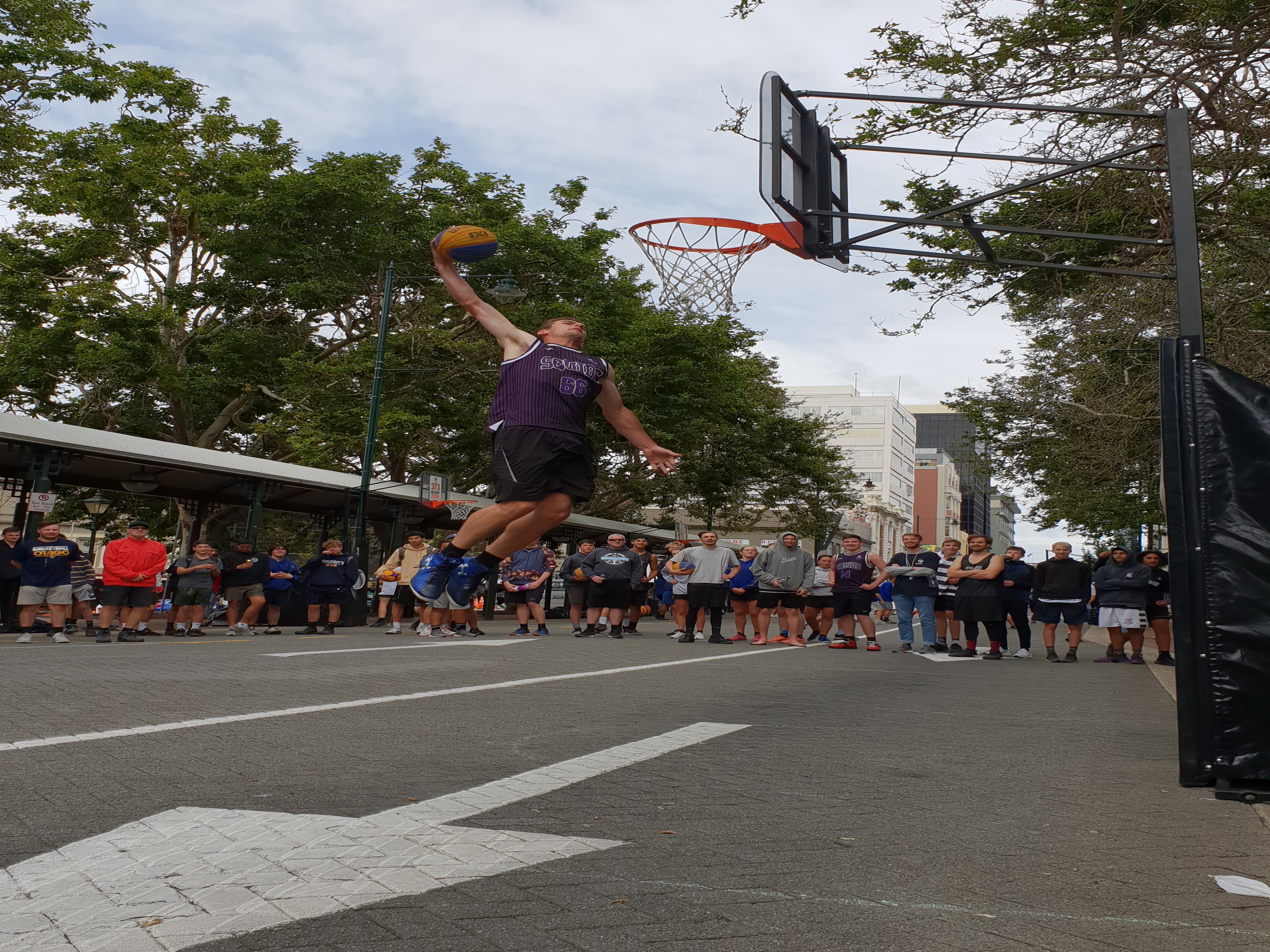 Dunedin’s young guns are targeting the 3x3 Quest Tour’s ultimate prize after winning the deep South’s leg of the tour.

Aitcheson, Aruwa and Knox also play together in the University of Otago Tertiary team. This is the fifth year in a row that team Squiddies has won the Dunedin event.

Aitcheson says this weekend was a tough battle and now they are looking to take on the Tour’s best by travelling to Auckland to compete in the Quest Tour Final where they will aim for the ultimate prize – all-expenses paid trip to represent their city at the FIBA 3x3 World Tour Masters in Chengdu, China, starting 1 June.

“There were some really great challenges. We came in pretty tired, but we managed to get some great wins against some tough teams,” said Aitcheson, having been making the most of ‘O-Week’ the evening before.

“The final was probably one of the best games we played this year. They are a really great and tough physical team who really pushed us.

“We are intending on coming to the Finals this year, so we will be booking flights and looking for some accommodation today. We are thinking of bringing in Samson’s brother Sam for that one, so there might be a change to our line-up.

“We will try to train at least once a week with specific 3x3 practices,” said Aitcheson.

The next leg will be this Saturday on 23 February in Christchurch at the Hagley Park Netball Courts.  Basketball New Zealand’s 3x3 Manager, David Huxford, says registrations are almost completely full, with just a few open men’s spots remaining.

“Christchurch loves the 3x3 Quest Tour and traditionally gets the most registrations every year. This year we have had to close some grade-registrations early, as the spots have filled up incredibly fast. There’s no doubt they love 3x3 there and this Quest Tour fixture is arguably one of the toughest to win,” said Huxford.

The long-term forecast is for rain, but Huxford says an indoor venue is on hand and that registrants will be alerted to a change of venue on the @BasketballNZ social media channels early that morning.

The grades are tailored depending on entries. Another two stops remain on the Tour before the Quest Final. Entry is free. To register, it is essential that all players have an official play.fiba3x3.com profile. Creating a profile is easy and only takes about three minutes. Once created, players must respond to the confirmation email, and then register for the relevant event. Players can enter, track their results and compare their ranking to their friend’s and other 3x3 players internationally.