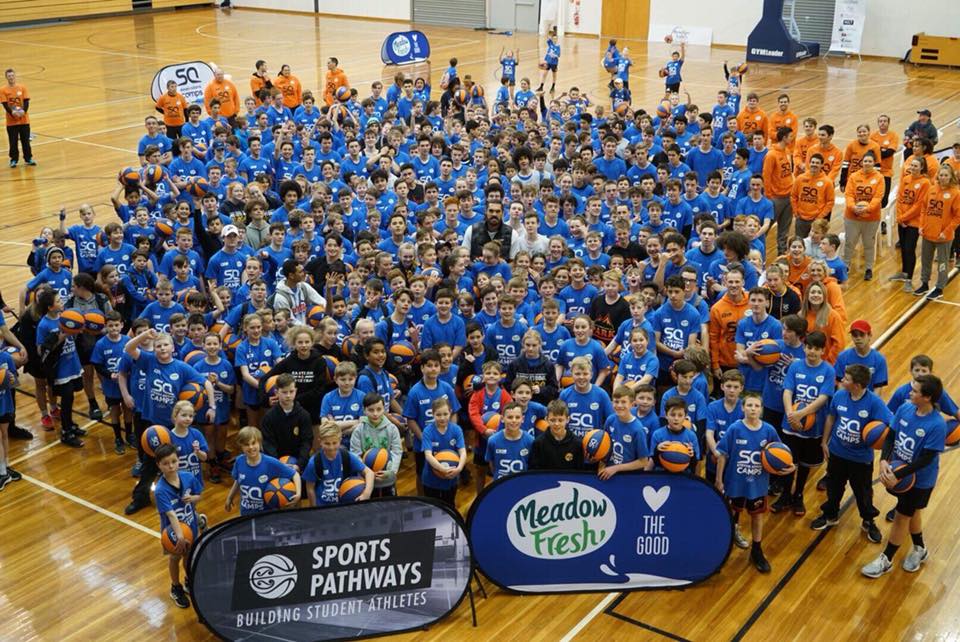 There were basketballers aplenty at the Edgar Centre on Wednesday 22 August - but it was not hard to spot the NBA star among them.

Steven Adams towered over the 400 children and 30 volunteer coaches at the first Steven Adams Camp to be held in Dunedin.

To say the 2.13m Oklahoma City Thunder centre was big would be an understatement.

Not only was he giant in stature, he also brought his huge personality to a basketball camp few others have matched in size in Dunedin.

The camp was open to children between the ages of 8 and 17, some travelling from Southland, Central and North Otago. Clad in blue T-shirts and with orange and blue basketballs in hand, the participants moved around different courts doing various drills and games.

Many of the city’s top coaches and players were on hand to help, while Adams made his way around the courts to join in with the children. The most popular drill had him standing under a hoop as each player attempted to do a layup - although inevitably almost all got blocked.