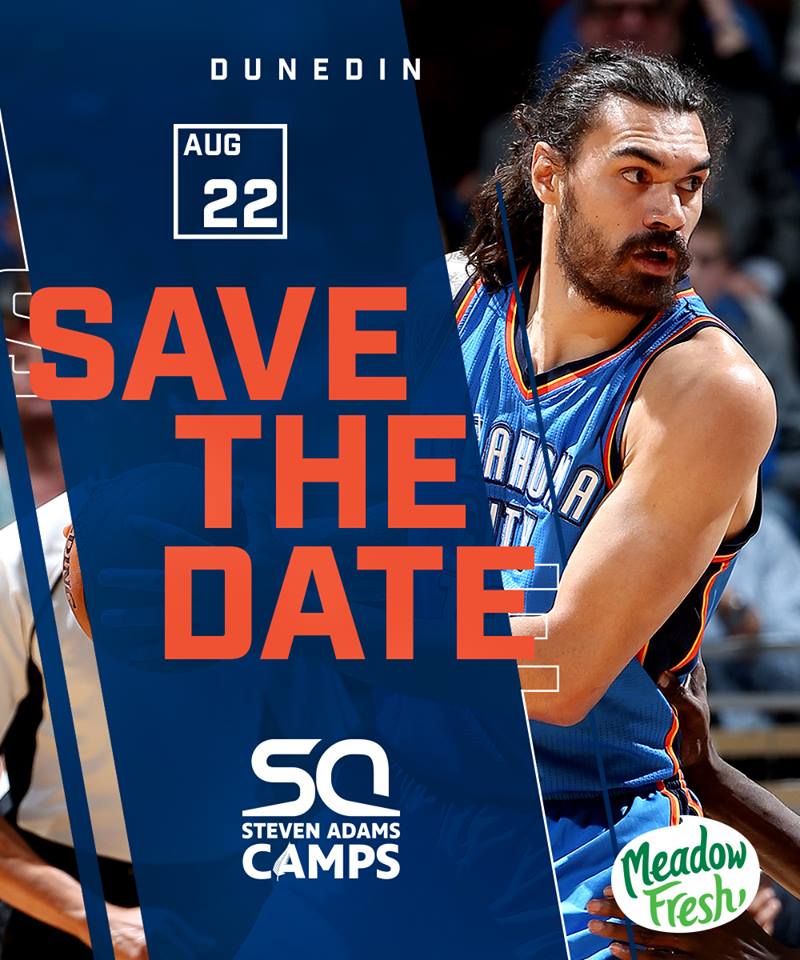 The big man has been confirmed.

And he is likely to bring  other NBA talent with him.

Oklahoma Thunder’s New Zealand centre Steven Adams will hold a basketball camp at the Edgar Centre on August 22. Registrations open on July 16. The camp, which  will be from 9am to 2pm, is expected to attract from 350 to 400  children aged from 8 to 17. Adams

He is returning to Auckland this year and will also head to Palmerston North, as well as Dunedin.Adams will instruct at the camps at which he be helped by a team of coaches.

Dunedin sports agent and lawyer Warren Alcock was in talks with the trust behind the camps for two years.

Former Otago Nugget Rob Tuilave was part of the trust which worked with Alcock to get Adams and his group to Dunedin.

The NBA centre offers his time for no charge and all profits go directly back to youth development, education initiatives and basketball development.

Adams (24) is in his NBA off-season and is keen to give assistance back to the basketball community to New Zealand.

Adams was likely to bring other NBA players to the camps although who they would be would not be finalised until closer to the camp, Alcock said.

Adams and the group was likely to spend a couple of days in the South and have a look around the city.

Alcock said some tickets would be set aside for basketballers from outside Dunedin  such as Invercargill, Wanaka, Queenstown and Oamaru.

He said it helped that Tuilave had ties with the South and that Adams was keen to head this way.

Adams played for the Saints  in a match against the Nuggets in Dunedin when he was 17.

Alcock said he expected the tickets, which cost $65 plus a booking fee, would sell out.