In form Gold Rush has depth,fitness 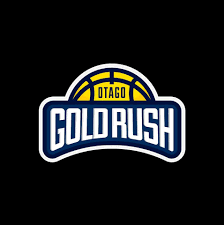 The Otago Gold Rush has form on its side, but it knows that counts for little over the next three days.

It enters the Women’s Basketball Championship finals at the Edgar Centre, the host for the first time since 2012, on a four-match winning streak.

That helped it finish the regular season on top of the table and gave it top seeding for the finals pools.

However, from there every team has a clean slate.

It needs to finish in the top two of its section, which also includes Auckland, Canterbury and Tauranga, to advance to tomorrow night’s semifinals.

The competition has been a close one all year though and coach Todd Marshall said the side had to play well in every game.

’‘[We’re going] in there with the intention of trying to win the whole thing, but there’s eight other teams trying to do the same.

'’We’re in a good place. We’ve got a lot of confidence in the way we’re playing.

'’But at the end of the day we’ve still got to front up and play well.

Playing up to five games in three days means depth and fitness would be key.

That has worked in the Gold Rush’s favour, having exhibited a roster which has quality throughout.

The side will have to contend with several other teams boosting their rosters with players not there last time the Gold Rush played them.

There are no restrictions on teams bringing players in for the finals.

The Gold Rush has not done that, but Marshall said that could work to its advantage.

'’We’ve been together for most of the season, once we had Zoe and Brittany Richards come back from their college commitments.

'’As a coach I’d rather have a squad that you build and stick with and go into the finals with.

'’So we weren’t in a position where we needed to think about bringing someone in at the end and we’re happy we’ve done things that way.’’

Along with depth and fitness, the ability to threaten from different areas is a strength of this year’s team.

Among the key players is American Dana Goularte, who has shown the ability to score, pass and rebound.

Natalie Visger offers an inside presence and guard Nicole Ruske’s form has resulted in a Tall Ferns call-up.

'’Our game is more of an all round game; we have an inside-outside game,’’ Marshall said.