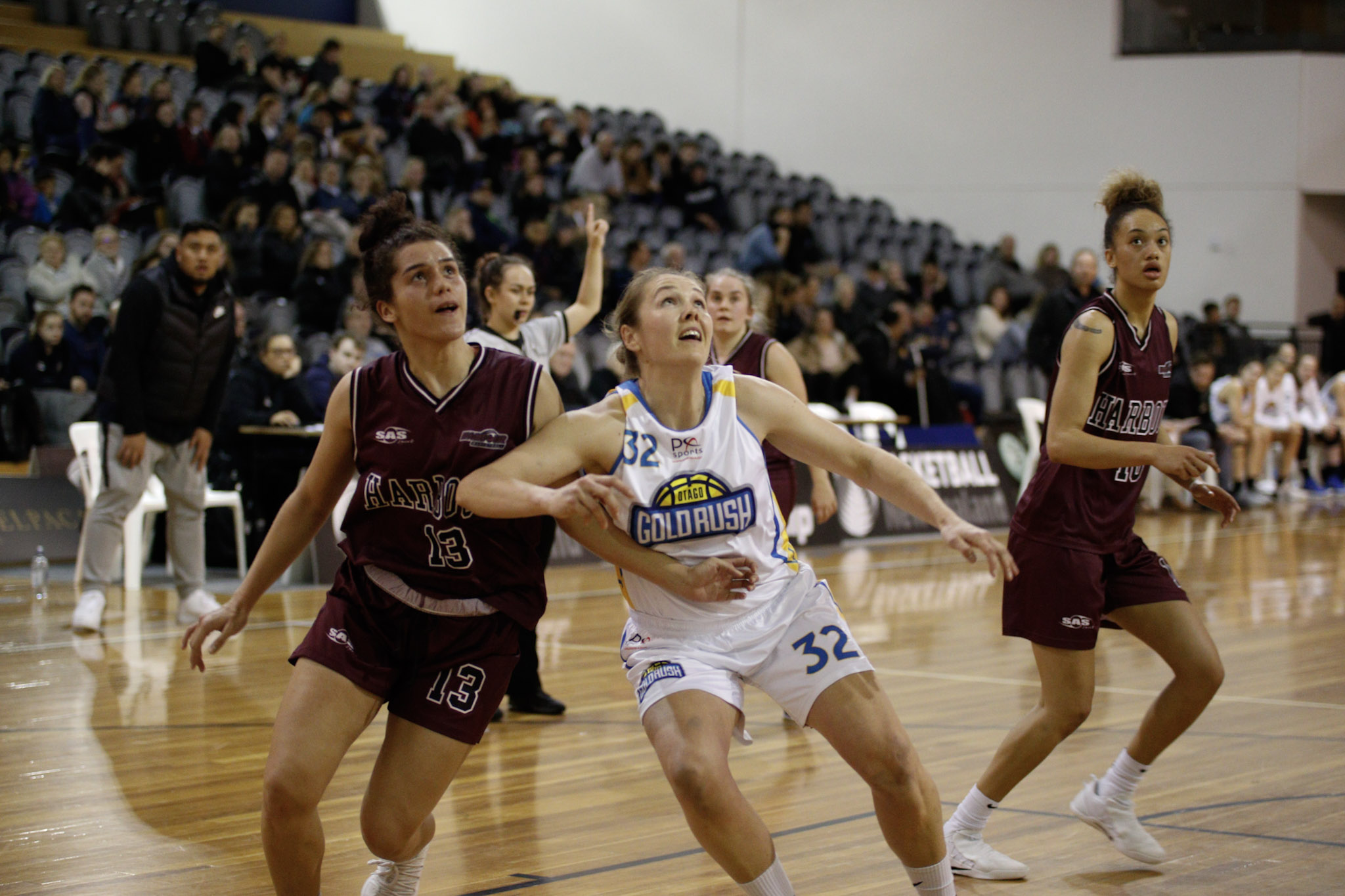 The Otago Gold Rush is heading to the big dance.

A tenacious performance has taken it to today’s Women’s Basketball Championship Final at the Edgar Centre, having beaten the Harbour Breeze 84-71 in last night’s semifinal.

It was a complete performance in arguably the Gold Rush’s best game of the tournament.

Defensively it was outstanding and did a great job of containing its opponent’s strong inside presence.

Meanwhile it hustled to win loose balls and scrapped for every rebound.

On offence it was clinical as it made  good use of its range of threats. Coach Todd Marshall was thrilled and agreed that it was the side’s best game of the tournament. It had  won its last two in nail-biters down the stretch.

“While it’s great to win with shots on the buzzer, it’s better not to have to do that.

Nicole Ruske and Dana Goularte both starred, showing their ability to influence the game in multiple ways.

Ruske finished with 24 points, 10 rebounds and seven assists in a brilliant all-round display, while Goularte had 22 points and nine rebounds. Harbour’s inside presence helped keep it in the game.Penina Davidson finished with 23 points, 17 rebounds and six assists, although it was not enough to get her team over the line.

The Gold Rush bigs did a brilliant job of containing their opposites — scrapping the whole way in a gutsy display.

“Some of the girls were finding it tough, but we just said stick at it, keep at it.

“In the end it worked for us. I was really happy with the way our bigs played there.”

The Gold Rush got off to a quick start as star duo Ruske and Goularte proved too much to handle. They helped the Gold Rush out to a 7-2 lead, which it  extended to double-digits at 16-6 on a Dayna Turnbull three-pointer.

Harbour pulled back to 21-18, but four points to Goularte off offensive rebounds left the Gold Rush ahead 25-18 at the first break.

That closed up midway through the second quarter. However Ruske picked up the scoring late for Otago to lead 43-33 at the half.

Harbour fought back to trail 61-56 at the final break, but the Gold Rush executed well down the stretch to take a deserved victory.

The Gold Rush will now meet the Waikato Wizards in the final after they showed their class to beat the Auckland Dream 67-46.

Earlier,  the Gold Rush rallied late against the Dream to force overtime at 59-59 after trailing  the whole game.

Ruske led the way with 25 points, 10 rebounds and three assists.