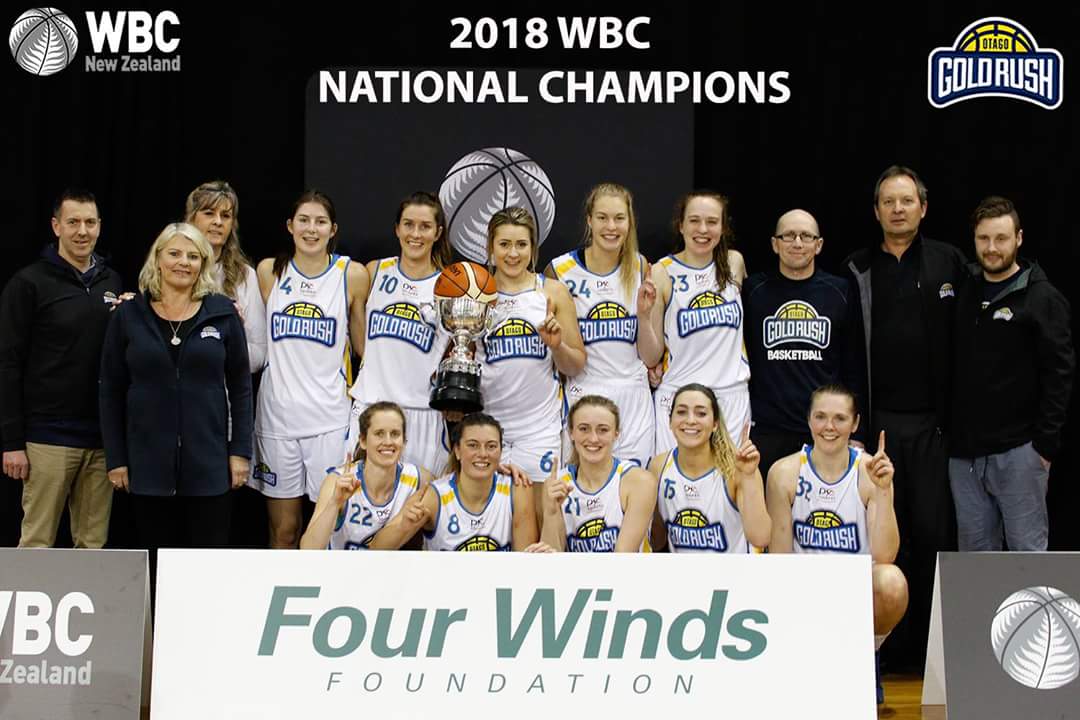 There is no  substitute for heart in a final.

That was evident from the Otago Gold Rush as it won the Women’s Basketball Championship at the Edgar Centre  in Dunedin on Saturday.

It beat the Waikato Wizards 62-52, taking the title with its ninth consecutive win.

The match was a scrap, but the Gold Rush scrapped well.It defended tenaciously, bringing intensity and discipline.

The second quarter was key, when the Gold Rush held Waikato to just five points in a superb display.

That left it ahead 27-18 at halftime and while the Wizards fought back, the Gold Rush answered every time it had to.

The effort was visible and it was something coach Todd Marshall said had been key in more than just the on-court performance.

“I’m just stoked for the girls. They deserved it.  They’ve done everything and more than what you’ve asked for.

“It’s certainly not about what the coaches have been doing. These girls have been doing all the little things between trainings, doing their fitness training …  they’ve been fantastic.”

The ability to fight was something he said was a hallmark of the team.

“That’s part of what the Gold Rush do.

“We have a thing, just being relentless, that’s one of our mottos.

“It doesn’t matter if something goes wrong, you’ve just got to go again.”

Despite the low score, the game began with both teams hitting shots.

Each time one scored, the other replied.Every time one got a stop, the other did the same to remain in touch.

That left the score at 13-13 with four minute to play in the first quarter, at which time both defences dug in.

It held Waikato out for the remainder of the quarter and proved near-impossible to score against after the break.

The Gold Rush led by nine at halftime and after Waikato got it back to 29-23, the host went on a run.

That started with a Soraya Umaga-Jensen three-pointer and after baskets to Danielle Frost and Natalie Visger, Dana Goularte hit two shots to make it 40-24.

The Gold Rush was unable to score in the last five minutes of the quarter and the Wizards got back to 40-30 at the final break.

Frost and Alyssa Hirawani traded baskets to start the fourth, before two consecutive blocks from Bronwyn Kjestrup and a three-pointer to Nicole Ruske gave the Gold Rush momentum.

Waikato brought some full court pressure down the stretch, which helped it bring the score back to 56-52.

However, the Gold Rush remained calm and closed the game out at the line.

For Waikato, Charlisse Leger-Walker had 17 points, although she was held to 17% from the field.

Goularte was named the league’s most valuable player and was joined in the All Star Five by Gold Rush team-mate Nicole Ruske.