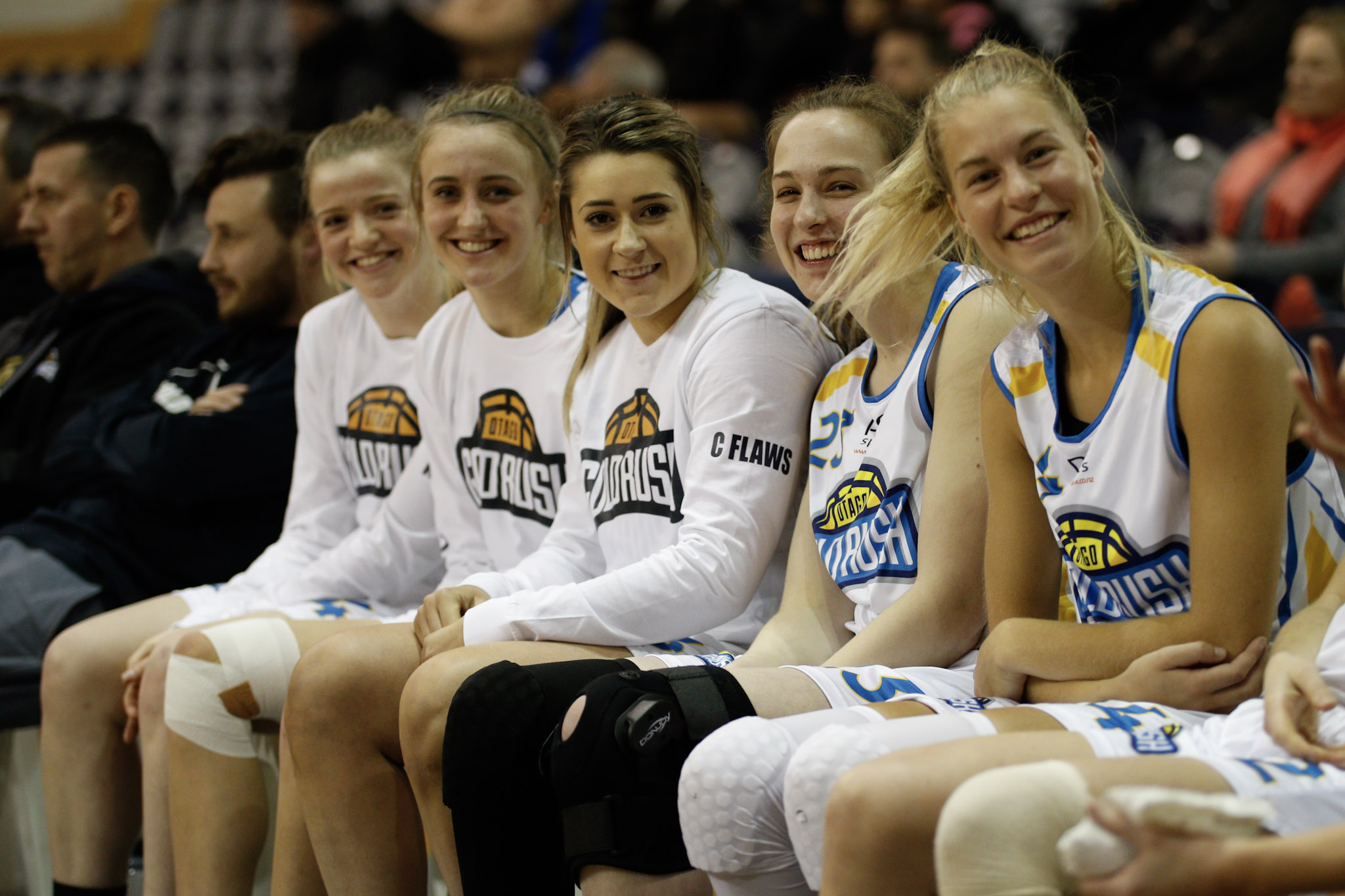 A gritty performance has helped the Otago Gold Rush over the line for a crucial win.

Or maybe to the line would be more accurate.

The side scored 27 points in free throws to beat the Waikato Country Cannons 74-62 at the Edgar Centre on Saturday night.

It takes the Gold Rush to a 2-2 record and into fifth place on the WBC table, although it has a game in hand on the three teams in front of it — all of which have three wins.

One of those sides is the Cannons, although the Gold Rush was the better team on this night.It showed depth, using 11 different players and not  easing up regardless of the line-up.

They moved well and were rarely beaten off the dribble, while at the hoop the side did a good job of altering the Cannons’ shots without fouling.

The Gold Rush conceded just 12 points in the second quarter and 10  in the  third. At the other end, its willingness to attack and take contact against a physical defence allowed it to get to the line 19 times.

Guard Nicole Ruske was key there.

She drove aggressively to draw seven fouls herself, scoring 13 of her game-high 19 points in free throws.

American Dana Goularte was also threatening and scored 10 of her 15 points in the first quarter to help the Gold Rush out to a 21-16 lead.

The Cannons switched to a zone defence in the second quarter and it was there the Gold Rush showed its versatility.

The range of threats from deep proved too tough to contain in a zone and the Cannons switched back to match-up on defence.

That was when the foul count against the Cannons rose, the speed of the Gold Rush players frustrating the visitors.

Indeed, 20 of the side’s 34 second-half points came at the line.

The Gold Rush managed just 13 points in the third quarter, but a strong defensive display held the Cannons to 10 and the lead grew to 53-38.

The Cannons offence began to click in the final quarter, pouring in 24 points.

However the Gold Rush remained in control to take the win.

For the updated WBC ladder find it at: http://nz.basketball/Competitions/WBC/Ladder