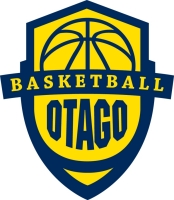 Notice is hereby given that the Annual General Meeting of Basketball Otago Incorporated will be held on Monday 14th May 2018 at 6.30pm in the House of Travel Lounge, Edgar Sports Centre, Portsmouth Drive Dunedin.

Any member may submit a notice of motion to be considered at the general meeting. These notices must be in writing, signed and forwarded to Basketball Otago, PO Box 2299, South Dunedin by no later than Tuesday 24th April 2018.

Any person who has given outstanding service to Basketball Otago may be nominated in writing by any person to stand for the position of Patron.

Nominations for the position of Patron accompanied by a statement supporting the nomination must be received at the Basketball Otago office no later than Tuesday 24th April 2018.