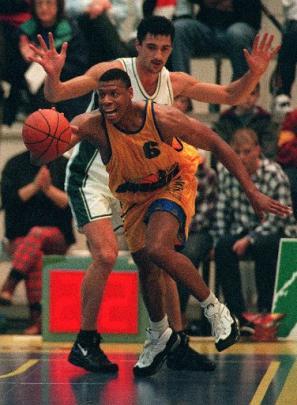 Please see the attached schedule for the High Performance Camp and the Coaching Clinic.   Leonard will be showing players various drills on the listed topics and introducing the NZ Style of Play.  All Coaches no matter your level are encouraged to come along and listen.  He will have a strong influence on the NZ Player Pathway as well as the NBL and WBC in years to come.

In the morning on the 27 & 28 he will be leading players through drills alongside BBO coaches from 10am-Noon as part of the BBO High Performance Camp.  These sessions are open for viewing to the public.

Leonard King started his playing career in the United States before embarking on a professional playing career which included playing in countries such as Germany, Italy, Portugal, Luxembourg and New Zealand. Leonard is unquestionably one of the greatest players to have played for the Nuggets, playing for the franchise from 1991-1998, and again in 2004. After finishing an impressive playing career Leonard moved into coaching, where he worked for Basketball New Zealand as the High Performance coach, and was assistant coach of the Tall Blacks in 2005 and 2006. He is now regarded in Australia as one of the sports great educators and administrators of the game. He has been instrumental in development programmes in Queensland, and was twice named Queensland Basketball League Coach of the Year (2009 & 2010). In 2012 he took up a new role leading basketball development for Australian State and National programmes. Hr introduced the Future Development and State Performance Programs and changed the NITP to the National Performance Program (NPP).  Leonard was instrumental in the design and implementation of these program which have actually changed the development landscape in Australia with most States now following his lead.  He was the mastermind behind the most prolific medal winning period for Basketball Queensland since their inception.  In December BBNZ announcedthe appointment of LK as the General Manager of High Performance.

Basketball Otago is very excited to have Leonard in Dunedin and hope you will be able to attend his 2 hour coaches clinic. It is a rare opportunity to learn from one the most highly regarded development coaches of recent times.